Stumpy and his wife Martha went to the state fair every year. Every year Stumpy would say, “Martha, I’d like to ride in that there airplane.”
And every year Martha would say, “I know Stumpy, but that airplane ride costs ten dollars, and ten dollars is ten dollars.”

One year Stumpy and Martha went to the fair and Stumpy said, “Martha, I’m 71 years old. If I don’t ride that airplane this year I may never get another chance.”

The pilot overheard them and said, “Folks, I’ll make you a deal, I’ll take you both up for a ride. If you can stay quiet for the entire ride and not say one word, I won’t charge you, but if you say one word it’s ten dollars.”

Stumpy and Martha agreed and up they went. The pilot did all kinds of twists and turns, rolls and dives, but not a word was heard. He did all his tricks over again, but still not a word. They landed and the pilot turned to Stumpy, “By golly, I did everything I could think of to get you to yell out, but you didn’t.”

Stumpy replied, “Well, I was gonna say something when Martha fell out, but ten dollars is ten dollars.” 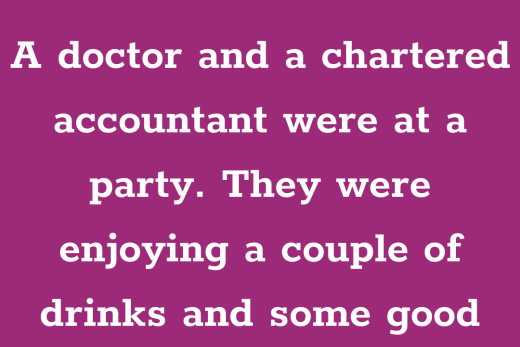 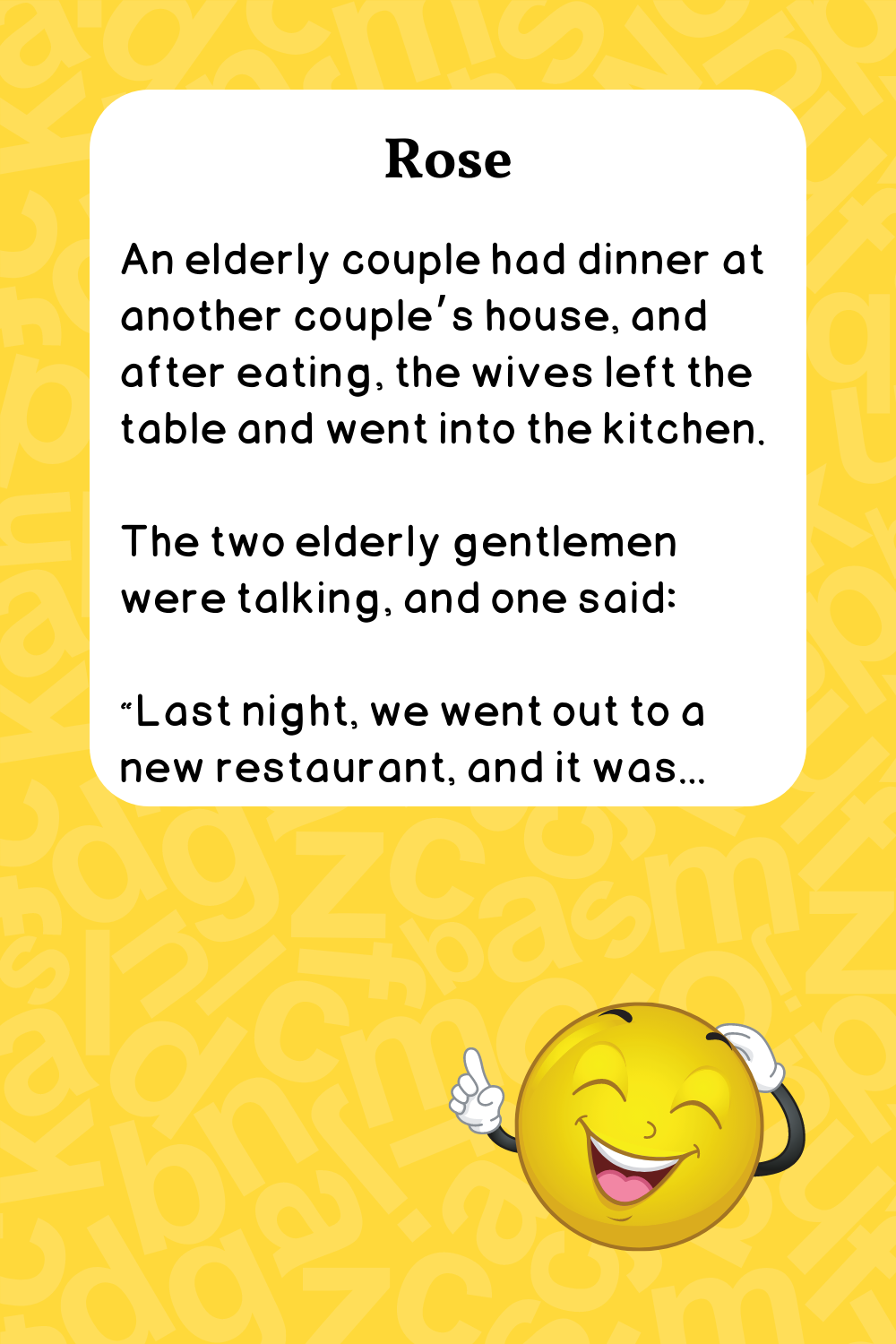 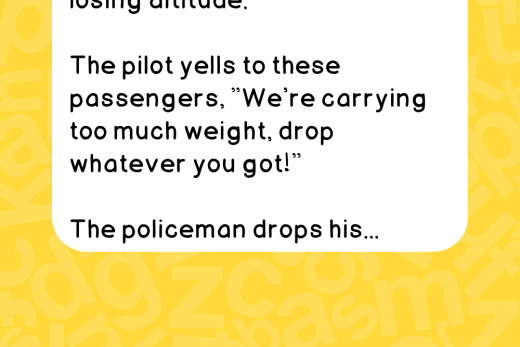 Drop whatever you got! 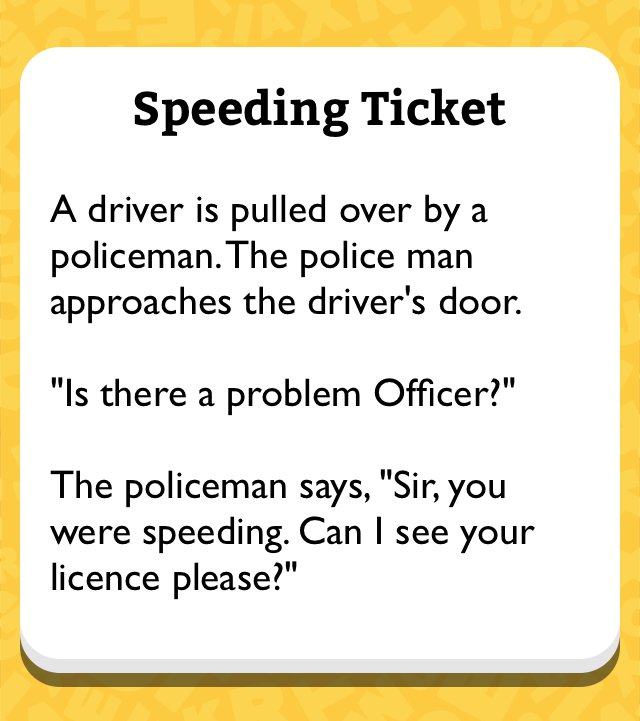