Mr. and Mrs. Johnson had been happily married for decades, but there was one thing that bothered Mr. Johnson.

They had five sons named Al, Ben, Carl, Dan, and Edgar. Now Al, Ben, Carl, and Dan were all tall, thin, and handsome, but Edgar was short, fat, and ugly. Throughout his life, Mr. Johnson wondered if Edgar was really his son, but he never built up the courage to ask his wife.

Finally, the day came when Mr. Johnson lay dying on a hospital bed. He realized that asking his wife about Edgar was now or never.

“There is just one thing I want to know before I die,” said Mr. Johnson. “Is Edgar really my son?”

“Yes, my darling husband,” replied Mrs. Johnson. “Yes, he is your son.”

“Thank you,” said Mr. Johnson, and breathed his final breath, which was the most relieved breath he had ever taken.

“Phew!” said Mrs. Johnson. “Thank goodness he didn’t ask about the other four…” 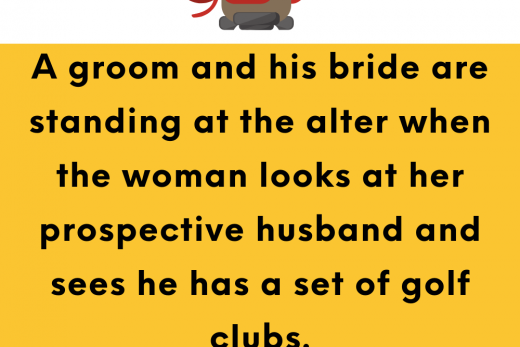 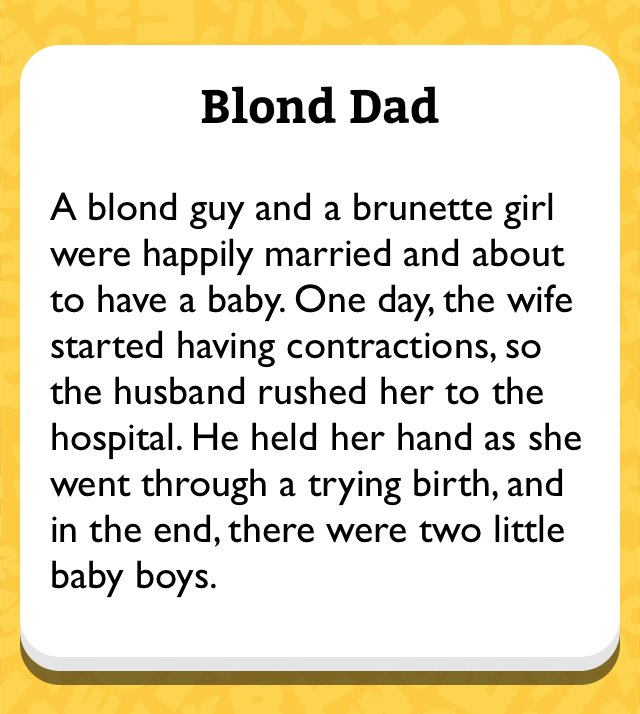