This story happened about a month ago in a little town in Louisiana, and sounds like an Alfred Hitchcock tale.

This guy is on the side of the road hitch hiking on a very dark night in the middle of a storm. The night passes slowly and no cars come by. The storm is so strong he can see hardly a few feet ahead of him. Suddenly he sees a car slowly looming, ghostlike, out of the gloom. It slowly creeps toward him and stops. Reflexively, the guy gets into the car and closes the door, then realizes that there is nobody behind the wheel. The car slowly starts moving again.

The guy is terrified, too scared to think of jumping out and running. The guy sees that the car is slowly approaching a sharp curve. The guy starts to pray, begging for his life, sure the ghost car will go off the road
and he will plunge to his death when, just before the curve, a hand appears thru the window and turns the steering wheel, guiding the car safely
around the bend.

Paralyzed with terror, the guy watches the hand reappear every time they reach a curve. Finally, the guy gathers his wits and leaps from the car, and runs to the nearest town. Wet and in shock, he goes to a bar and, voice quavering, orders two shots of tequila, and tells everybody about his horrible, supernatural experience. A silence envelops everybody when they realize the guy is apparently sane and not drunk.

About half an hour later two guys walk into the same bar. One says to the other, “Look Boudreaux, that’s the idiot that rode in our car when we were pushing it.” 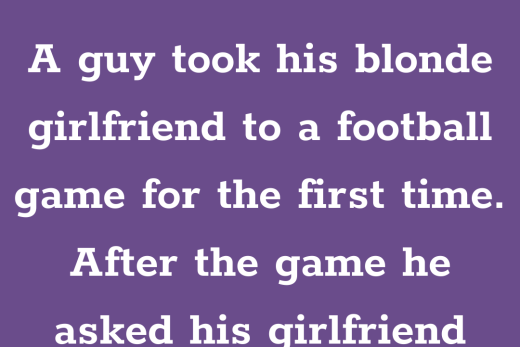 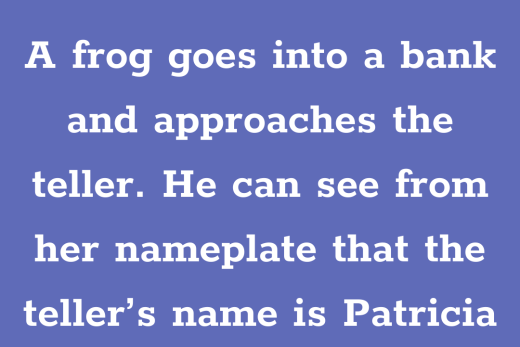 A Frog, A Bank and A Loan 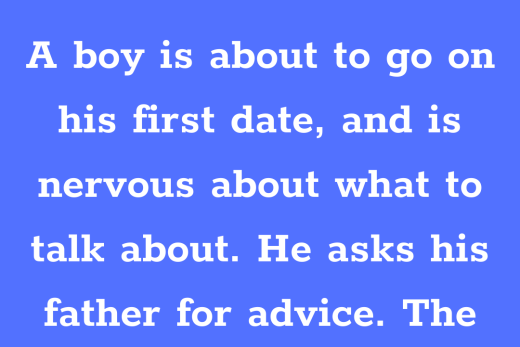