A husband, so proud of the fact that his wife had given birth to 6 children, begins to call her “mother of six” rather than by her first name. The wife, amused at first, chuckles.
A few years down the road, the wife has grown tired of her husband’s description. “Mother of six,” he would say, “get me a beer!” “Hey mother of six, what’s for dinner tonight?” This situation persisted to boiling point.
Finally, while attending a party with her husband, he jokingly yelled out, “Hey, mother of six, I think it’s time to go!”
The wife seized the moment and shouted back, “I’ll be right with you – father of four!” 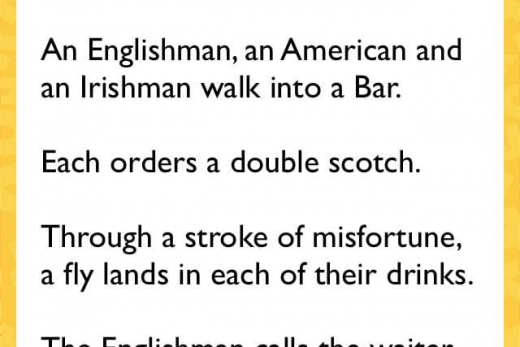 An Englishman, an American and an Irishman 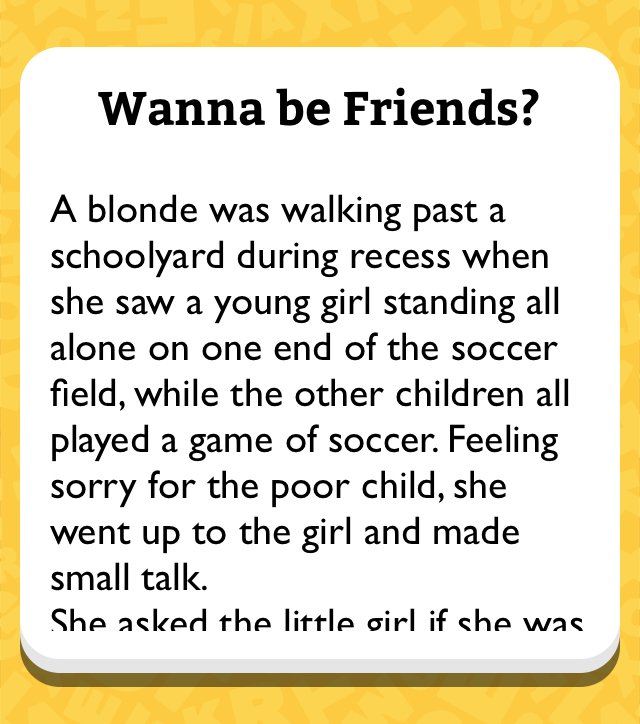 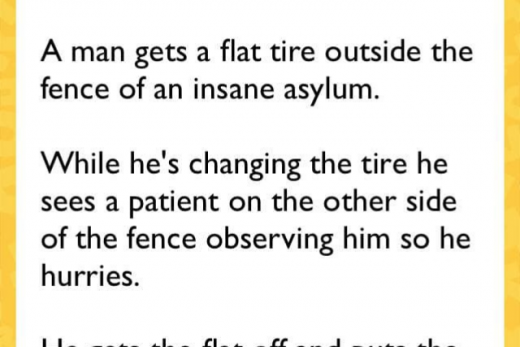 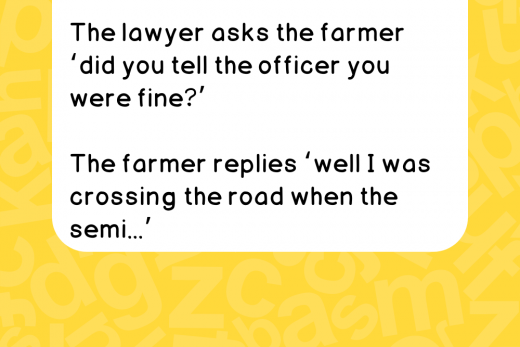